Bay Area tops list as one of the world’s most expensive regions to build. Will costs go higher?

The COVID-19 pandemic has upended commercial construction and the design of future office space, but one constant remains — the Bay Area is the most expensive region in the country to build an apartment tower, biotech lab or classroom.

Down from a top world ranking in 2019, the region trails only Tokyo and Hong Kong in project costs thanks to high material, labor and land expenses, according to an analysis by international construction consultant Turner & Townsend. 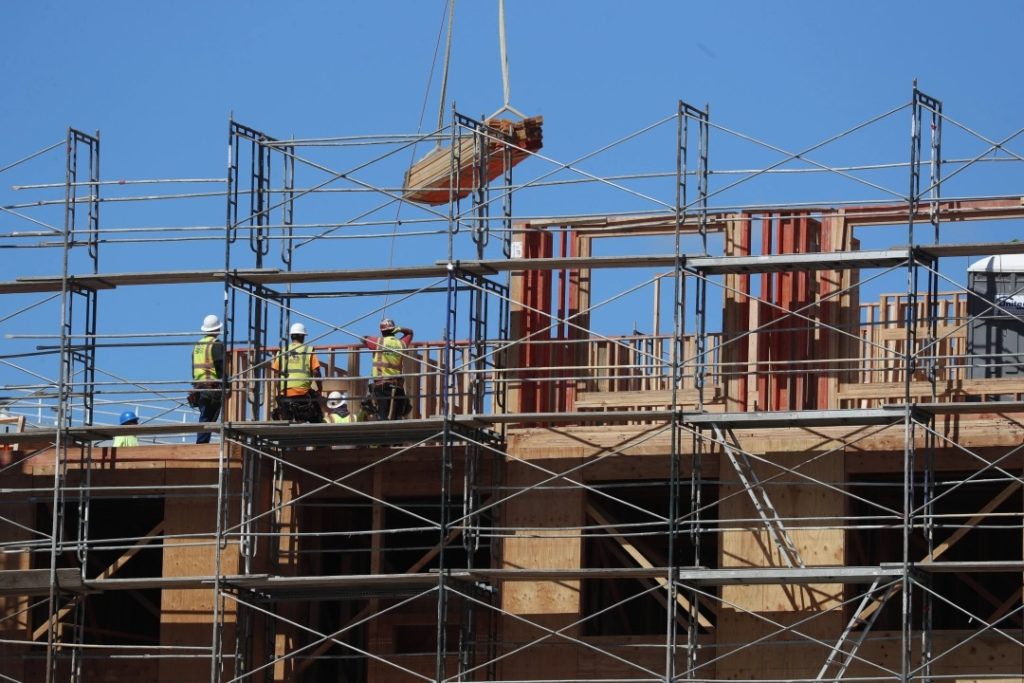 Forecasts call for building costs in San Francisco and other major cities to go up in the next three years, likely pushing rents for new apartments and office space higher. The pandemic has also forced major tech and life science companies in the Bay Area to reimagine design and investment in offices and work spaces, said John Robbins, managing director of Turner & Townsend’s U.S. operations.

“Globally, things are starting to fire up,” Robbins said.

The high cost of building commercial structures makes it harder to create moderately priced apartments and subsidized housing in the tight Bay Area home market. High material and labor costs have driven new home prices up 20% since the pandemic hit.

The Turner & Townsend survey found San Francisco labor costs ran to $105 an hour, just behind New York City as the best-paid spot in the country for construction workers. Expenses for lumber, steel and glass have risen across the board.

The company consults with several major tech companies on Bay Area projects. Some companies are planning for traditional, robust employee attendance while others are embracing a dispersed workforce, Robbins said.

Projects are not necessarily getting smaller, he said, but companies are keeping a closer eye on the bottom line and ramping up efforts to create environmentally sound net-zero buildings.  And after more than a year of remote work, executives and designers are asking fundamental questions about office space. “Is it better than home?” Robbins said. “Let’s make sure we’ll create space that people will want to come to.”

The mix of remote work and high Bay Area living expenses have ignited a building boom in other cities. “Nashville, Phoenix, Austin and Denver have recently experienced stronger population growth due to migration out of top-tier cities such as San Francisco, Chicago and New York, which is helping to drive new construction activity in these markets,” the report says.

Ryan Bosworth, manager of the San Francisco branch of construction services firm RLB building consultants, said the company expects local construction to return to the brisk pace of 2018. COVID-19 travel restrictions hampered some movement of workers from other southwestern states, exacerbating the supply of qualified construction workers. With a labor shortage, developers are paying premiums to attract skilled workers for Bay Area projects.

“The Bay Area is plagued with some labor issues,” Bosworth said. An RLB survey found local bid prices on major projects have grown 4% this year. The company forecasts a 7% increase in Bay Area construction costs — nearly twice the national average — when the economy returns to full strength.

General contractors feel “slow and uncertain” about a comeback, Bosworth said. “There’s still hesitation to get into the market.”

Rising costs have stifled affordable projects across the region. Developers and planners say most new apartment projects must carry high rents to make construction feasible. Affordable housing developers scramble for limited funding to subsidize units for low-income workers, the elderly and the disabled.