We attended this event it was very insightful and it is proof that being a member of CAA can be very educating!
Thousands of housing units are coming to San Jose’s downtown, and a major tech firm has big plans for the area, too, a city councilman said at the California Apartment Association’s Outlook 2014. 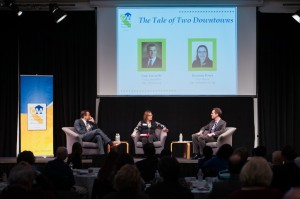 “By this time next year, we’re going to have about 2,500 housing units under construction in the downtown core alone,” San Jose City Councilman Sam Liccardo said, according to The Registry, Bay Area Real Estate.

“We’re soon going to be able to announce a major tech company filling about 2 million square feet just north of downtown,” Liccardo added, according to The Registry.

By Susan NicholPublished On: September 27, 2014