California tenants are protected by something called the Ellis Act.  This is a fair way to allow  landlords to retire or change the use or even sell a property that had been used for residential living without selling to another real estate investor for rental.

Basically changing the function of a rental property often comes down to dollars and common sense… Rental properties are investments, when the owner of the investment needs or wants to sell or otherwise do something different with their property for any reason they should be allowed to, this includes making a profit on the rental property.  This needs to be the same with other assets like stock, or even personal property.

Some may say – just raise the rent, well the issue where the selling the rental property is the hottest is in rent controlled areas that are unprofitable, because the rents do not keep up with costs associated with the property and the owner is losing money.  Couple that with additional regulation from the government and the landlords are being driven out of business.

The landlord has specific responsibilities to the tenants under the Ellis Act where they monetarily assist the tenant to relocate to a new living situation.  This allowance recently was increased in April 2014.

Ammiano in San Francisco proposed an overreaching legislation that was alost completely shot down recently because it was too restrictive to the landlord and it superceeded the Ellis Act provisions.

Below is the California Apartment Associations response to the recent results of the new bill not passing.

The California Apartment Association and CAA members who took part in Tuesday’s annual Legislative Conference helped gut a bill that would have stripped a landlord’s right to leave the rental housing business.

What remains of AB 2405, by Assemblyman Tom Ammiano, D-San Francisco, is wording that protects a tenant’s credit score should the renter be evicted under California’s Ellis Act.

The bill, however, no longer threatens the Ellis Act itself. Passed by the state Legislature in 1985, Ellis says no local government can require that a rental property owner continue to offer his or her housing for rent. The act is especially important in cities with rent control, where the cost of doing business can leave owners losing money. 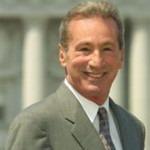 At the insistence of CAA and members who visited the Capitol on Tuesday, Ammiano plans to remove the most flawed portions of AB 2405. This includes the bill’s requirement that contested Ellis evictions be heard as general civil actions, which would have left them languishing in the court system for years, even as some property owners continued their financial bleeding. This would have conflicted with the intent of state law to resolve all eviction cases swiftly.

Also gone from AB 2405 is a provision that would have allowed cities and counties to prohibit use of the Ellis Act when they’ve failed to identify, or make available, adequate sites for low- and moderate-income housing to satisfy a regional housing need.

The more-benign version of AB 2405 survived the Assembly Committee on Local Government on Wednesday and now heads to the Assembly Judiciary Committee.

Timely help from CAA members came during Tuesday’s annual Legislative Conference, when participants headed to the Capitol to discuss the merits of bills supported by CAA and problems with legislation the association opposes, such as Ammiano’s AB 2405 and another anti-Ellis Act bill — SB 1439 — by Sen. Mark Leno, D-San Francisco.

Leno’s legislation would allow San Francisco to require that landlords hold a rental property for five years before taking it off the rental market – a provision that’s now piqued the interest of Los Angeles. This bill now heads to the Judiciary Committee and is expected to reach the Senate Floor.

CAA member activism Tuesday at the Capitol represents an essential part of the rental housing industry’s defense of the Ellis Act. It also is integral to advancing legislation that’s good for the rental housing business, such as a CAA-sponsored bill that would make it easier for landlords to get water submeters.

AB 2451 by Tom Daily, D-Anaheim, on Wednesday moved unanimously out of the Assembly Committee on Local Government.

The bill would add much-needed flexibility to the state’s regulations and corresponding procedures on the approval of water submeters, making it easier for property owners to obtain submeters when needed.