July Marked the Anniversary of Air Conditioning: Meet its Inventor 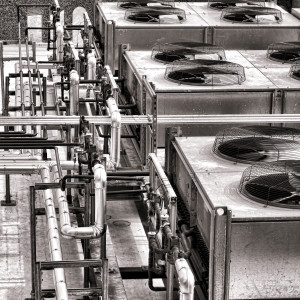 In summertime in some areas, the thermometer can extend past 90 degrees, and the humidity can make the atmosphere feel more like 120 degrees. One invention from 1902 continues to provide relief from the summer heat in homes, businesses and automobiles—air conditioning. Known as the “Father of Air Conditioning,” Willis Haviland Carrier’s “Apparatus for Treating Air” initiated such monumental innovation that numerous devices and appliances in today’s modern world can be traced back to the original spray-type air conditioning equipment he invented. Without cooling systems, large banks of database servers, nuclear power plants, and even the International Space Station could not exist.

The Refrigeration School affirms Carrier’s historic role in modernity. Carrier was born in 1876 in New York and attended Cornell University, where he earned a master’s degree in mechanical engineering in 1901. During the summer of 1902, Carrier invented a mechanical humidity regulator to tackle quality control issues at Sackett-Wilhelm Lithographing and Publishing Company in Brooklyn. This system marks the invention of air conditioning because this device had the capacity to control humidity. Subsequently, the industry standards for air conditioners comprised four specific qualities: temperature control, humidity control, air circulation and ventilation, and the capacity to filter the air.

At the heart of this technology is the concept of dew point depression, which is the difference between the dew point temperature and the actual temperature at a specific height in the atmosphere. The ability to manipulate humidity in relation to temperature made air conditioning a breeze, so to speak.

Over time, other forms of air conditioners were invented. Low-humidity regions gave rise to evaporative coolers, colloquially known as “swamp coolers,” which relied on moving air passing over a water-soaked pad, which triggered the water to evaporate into the air, thereby cooling it. Early versions of swamp coolers mounted onto windows in homes and cars forced the cooler air into the enclosed space while forcing the warmer air outdoors. As the U.S. Energy Department notes, this method improves the indoor humidity levels in arid environments. 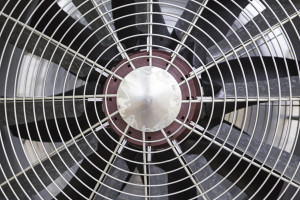 The Indian Academy of Sciences articulated the significance of Carrier’s contributions, noting that the inventor “placed the science of air conditioning on a firm scientific basis” when he published “Rational Psychrometric Formulae”—a paper that has come to be widely known as the “Magna Carta of Psychrometrics.” Psychrometrics is the field of engineering concerned with the determination of the physical and thermodynamic properties of gas-vapor mixtures. Carrier’s achievements include the development of the Psychometric Chart, the Law of Constant Dew-Point Depression, the Centrifugal Refrigeration Machine and Dew Point Control.

Perhaps the most epic result of Carrier’s inventions and innovations remains the phenomenal improvements to technology, especially in the field of medicine. NASA programs have produced numerous so called spinoffs that are saving lives, such as the artificial heart, laser heart surgery, and digital cardiac imaging. Such inventions could not have come to fruition without the environmental control systems used to cool the massive computer servers in research centers.

Today, the International Space Station (ISS) represents the apex of efficiency in environmental controls with its Active Thermal Control System (ATCS). Without thermal controls, the temperature of the ISS side facing the sun would reach a withering 250 degrees F while the dark side would range around minus 250 degrees F.

NASA relies upon an extensive insulation program to protect the ISS, which then presents a challenge, as heat cannot naturally escape, yet every electrical system, device and wire connected to the solar arrays creates heat within that enclosed living space. NASA responded by creating the ATCS to force the heat out from the space station.

The ATCS removes waste heat with two methods: through heat exchangers and cold plates that a circulating water loop cools. Water and air heat exchangers cool down and dehumidify the ISS’s internal environment. In addition, custom-built cold plates attached to high heat generators cool the equipment as cold water circulates through the heat exchanging devices. This highly efficient heat-exchange system removes the excess heat by sending it to radiators that subsequently reject the heat into outer space.
A World-Changing Invention

Perhaps air conditioning seems a mundane convenience in the exciting world of technology that evolves daily and connects the entire world. Yet, without Carrier’s contribution, much of that technology could not operate, thus comparing Carrier to Henry Ford, Thomas Edison, the Wright Brothers and Alexander Graham Bell simply puts the inventor in the right company.

Written by Monica Gomez and she can be reached at https://twitter.com/gomezmonica53