Whether you are a renter or a landlord this bill is not good for rentals.  The bill unfairly penalizes the landlord for honest mistakes (see article below).

Like any business situation the business can eat the fines or more than likely it will force the landlord to pass these fines in the form of increases in rents. That’s just not good for either party.

For these articles and more join the CAA (California Apartment Association) blog.

A bill that would have unfairly penalized landlords who make honest mistakes regarding security deposits has failed on the Senate floor, thanks largely to opposition from the California Apartment Association. 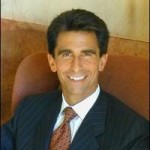 Leno’s bill originally would have required that landlords pay interest on security deposits, a mathematically faulty provision he removed after CAA waged a strong lobbying effort — and more than 800 CAA members wrote opposition letters to lawmakers.

Even without this provision, SB 603 remained bad for the rental housing industry, particularly in the area of penalties.

The bill would have forced a small-claims court judge to award penalties against an owner if a tenant successfully demonstrated that he or she did not receive a legally owed security deposit — regardless of the landlord’s reasoning for withholding it.

At the same time, it would have mandated high penalties for any security deposit error, even a minor mistake, such as with calculating deductions. All mistakes would be treated as if committed in bad faith.

CAA thanks its members for helping to keep this bad bill off the books.