Courtesy of Dept. of Energy 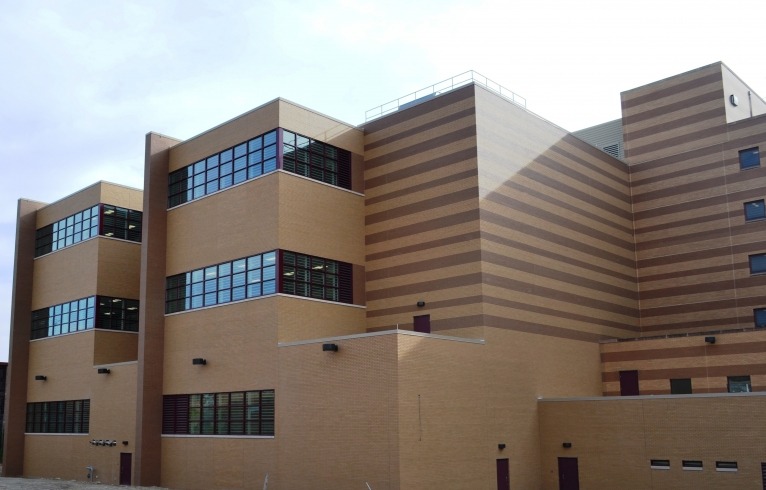 Communications Specialist in the Weatherization and Intergovernmental Programs Office

What are the key facts?

The new heating and cooling system is expected to save the county an average $100,000 annually.

The geothermal system operates 24 hours a day 365 days per year and generates roughly the amount of energy needed to heat and cool 45 energy-efficient homes.

Looking at the Kent County Correctional Facility in Michigan you would never know that underneath the complex is a technology that is saving taxpayers on average $100,000 a year.

As part of a renovation building project — which began in 2008 when voters approved funding to update a portion of the county’s correctional facility that was constructed in the 1950s and 1970s — the county decided to install an energy-efficient geothermal heating and cooling system using $1 million from the Energy Department‘s Energy Efficiency and Conservation Block Grant (EECBG) Program.

Located below ground where temperatures remain constant (around 55 degrees Fahrenheit), the new closed-loop geothermal system extracts heat stored in the earth to heat and cool the building. The 96-well system uses temperature-controlled water that is pushed through pipes into the building to maintain an efficient temperature. The geothermal system has 2,400 MBH (thousands of Btu/hour) of cooling capacity and 2,270 MBH of heating capacity — roughly the amount needed to heat and cool 45 energy-efficient homes. The new facility’s geothermal system, which operates 24 hours a day 365 days per year, is expected to save the county an average $100,000 annually and results in a 10-year payback.

Kent County chose geothermal energy after it found success using the same technology at the 63rd District Courthouse — the only other county building that uses a renewable energy heating and cooling system. The county continues to examine ways in which it can reduce energy consumption and cut or avoid costs at other facilities.

If you are located in Northern California Cold Craft, Inc. installs these geothermal units for residential, high tech firms and government housing (in progress). If you want to see how geothermal can help you or your organization to get renewable heating AND cooling please contact Cold Craft at [email protected] , visit our website coldcraft.com or call us at 408.374.7292.

Are Your Wines Ready for Prime Time?

Will Your AC Fail the Hot Weather Test?

Cold Craft is the Expert in Wine Cellar Installation, Service and Maintenance