You see a slammin’ deal on-line via marketing email or some sort of messaging – it’s from a well-known company.  You get excited about the deal and buy it.

There are things that you should know before taking the deal. First of all small businesses have a limited marketing budget and that is how these internet coupon firms can take advantage of them. I know you have heard that some of these sites say that the merchant or vendor can’t pay to be on their site and that is a bit of a misnomer.  These small businesses pay dearly and if they are advertising on the site the stakes get even higher. 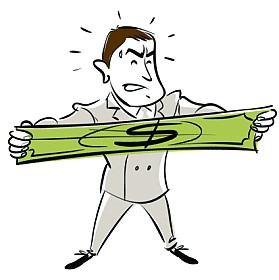 Here are some examples of how these companies are just out for themselves and there is no concern about the small business:

For example one of these providers has a special deal there they want more than a 40% discount, and they take another 20%.  If the deal is not enough money they can take the entire amount you paid as a consumer. This is especially true for services under $50.  If the special doesn’t sell enough the merchant is pressured into giving deals where they can’t cover their expenses and hope to make it up in volume.  I often wonder how if they can’t cover their expenses on one of these deals how is providing many deals going to help them, unless they have product discounts? The company offering the service is under a lot of pressure to perform as cheaply as possible and to upsell the customers, or face potentially catastrophic losses. This results in cheap service, high pressure tactics and dissatisfied customers.

Companies are moving away from this marketing model – hopefully with reputations in tack.

I think as a consumer the right thing to do is to call a company that you intend on doing business with and ask for their best deal.  That is a lot better than going through one of these companies just to find out that the small business went out of business.

By Susan NicholPublished On: September 26, 2014