Energy efficiency or smaller carbon foorprint may be great reasons why you upgraded.  This family found lifesaving to be an added benefit! 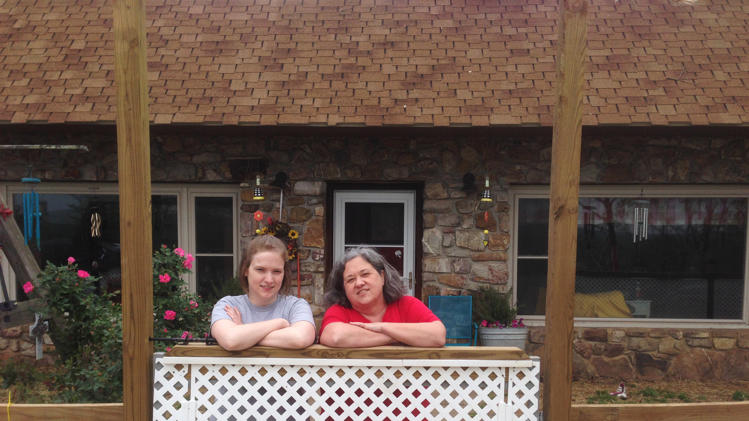 Jerri Weaver and her daughter Liz, in front of their underground house in Vilonia, Ark. (Jason Sickles/Yahoo News)

VILONIA, Ark. — Jerri Weaver’s house is certainly unconventional. Some might even call it kooky. But come crunch time — when Mother Nature’s fury is at her doorstep as it was Sunday night — the native Arkansan has peace of mind in her bunkerlike abode.

That’s because the 1,600-square-foot home was built into a hillside. While some people here in tornado-prone Central Arkansas have storm shelters, Weaver and her family have essentially lived in one for 30 years.

The initial design and purpose of the home was for energy savings (the earthen insulation requires less heating and cooling), but the Weavers have come to value the home’s near tornado-proofing.

“At first people think it’s weird, but you start talking to them and they realize it’s pretty cool,” said Liz Weaver, Jerri’s daughter. “We built Hobbit-holes before they were cool.”

Voyne Weaver, Jerri’s father-in-law and a former concrete dealer, has built four of the underground houses along Vilanco Lane. Each is constructed with 10-inch thick concrete walls and another 14 inches of concrete in the ceiling. The top of the home is buried in two feet of dirt.

Jerri’s dwelling has three bedrooms and two baths where she and her husband, Randy, raised daughters Liz and Randi. Aside from having few windows, the inside of the house resembles any other residence with a full kitchen, living room, etc. A white lattice fence and a rock facing out front give the place a cottagelike charm. 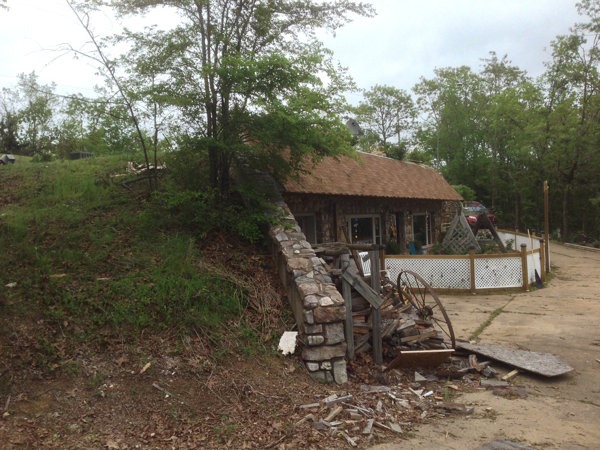 Behind the rock facing are 10-inch thick concrete walls. The roof is constructed of 14 inches of concrete with …

Sunday’s tornado packed wind speeds of up to 165 mph as it rumbled through Vilonia, a bedroom community of 4,100 about 30 minutes north of Little Rock.

Two miles from the Weavers’ home, the twister wiped out the Parkwood Meadows subdivision. Authorities said at least 11 people were killed in Faulkner County, eight of them in Vilonia.

In El Paso, Ark., seven miles on the other side of the Weavers’ home, a friend of Jerri’s was killed.

While most of their home may be a fortress, the Weavers knew that the two 9-by-6-foot windows at the front of the house might not offer much protection for what was barreling their way.

So the family headed for a back bedroom with their two dogs. Even being in a bunkerlike room, Jerri said, they could tell the cyclone was crossing above them.

“Our ears were popping,” she said. “It lasted three to four minutes and it was gone.”

They emerged to find several large trees toppled away from the home and one of their cars moved from its parking spot. The house windows were also caked in leaves, dirt and other debris.

“But everything else was fine,” Jerri said.

On Tuesday, two Red Cross workers dropped by the house to record property damages, but the Weavers had only blessings to share.

“I feel guilty we don’t hardly have anything wrong, and right down the road there is nothing left,” Jerri said.

By Susan NicholPublished On: September 28, 2014