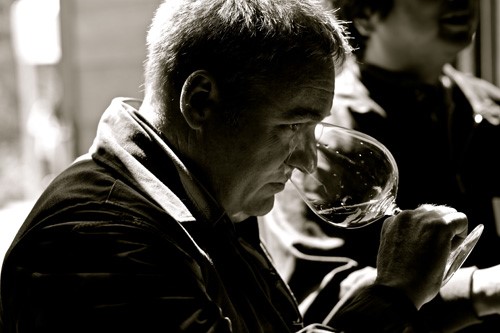 Tommy, you were 10 years old when the vineyards were planted. Does the winery feel like a family member?

It does. I don’t ever think of it exactly like that. But it is. It is, because it is a dynamic thing. It is literally alive. And it’s been in the family, for 42 years you know. I have a brother who was born a little bit before the vineyards, but it basically came right along with all of my siblings. It certainly is the neediest member of the family.

What motivated your father to plant vineyards? Was he a wine enthusiast?

No, he didn’t know anything about wine. He bought this property because it was available and adjacent to his house, and he loved the outdoors. He was told that the taxes were going to be brutal, but if he did something agricultural, he would not have to pay as high a tax rate. So, he thought he would love to get into farming, and it originally was going to be fruit, believe it or not. Kiwi fruit specifically.  Then some other local physicians, David Bruce was one of them, took him aside and said, hey, listen, you should plant Pinot Noir. My dad said, well, what is Pinot Noir? When they told my Dad it was a grape, he said that doesn’t sound very interesting. And they told him, well, they are wine grapes. So, he was a little more interested. These Stanford physician friends began to taste him on great wines, and he was convinced to plant vineyards.

How was the decision made to plant Chardonnay and Pinot Noir?

It is important to realize that back in the seventies, it wasn’t like now. The climate was different, it was demonstrably different, and it was colder. So, Cabernet Sauvignon was out of the question, and Cabernet Sauvignon was really the wine that my dad knew a little bit about. He knew about Ridge because some of those folks, they were Stanford folks as well. He learned about Cabernet Sauvignon from Ridge. In the beginning, he thought he would do Cabernet Sauvignon. Then David Bruce kind of convinced him that he should do Pinot Noir, and part of that was, I think was David Bruce was just super evangelical about Pinot Noir in general. He wanted everyone to plant Pinot Noir. Then part of that was just the practical reality that I don’t think he could have ripened Cabernet back then. You might now, which is kind of an interesting thing, but not then. 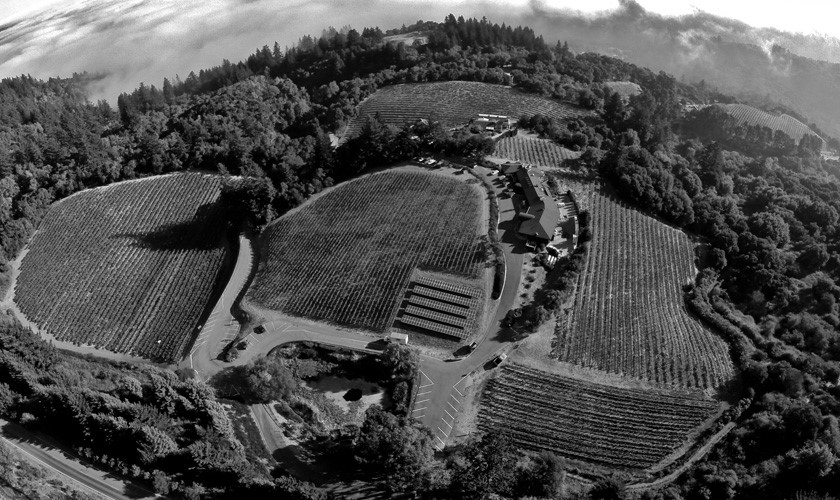 You were pretty well established in the automotive community, working with brands like Ferrari and Lamborghini, what brought you back to the winery?

Yeah, it was awesome, and I loved it.

The people that are involved in promoting wine on the street work really hard, and they do a good job of romanticizing it. When you spend your whole life in that sausage factory, and you kind of know OK, here is what this involves and, I understood it because I lived it. So, I was not as fascinated with it. I did study viticulture in college, then ended up racing cars when I was just out of college. I did well enough that I did that professionally for a few years and then worked as an instructor, then an engineer and then a data analyst. You know, that’s another industry that’s very romanticized. It involves a ton a travel, is very labor intensive and you are constantly vying for jobs. I just knew it wasn’t something I wanted to do forever. I was still involved with the winery, keeping tabs on it.

The co-founder of the winery, Mike Martella, and my Dad were not going to bring anyone else into the business, and as my dad got older, he was after me and my siblings. Who wants to do this? I knew what is involved. I kind of always imagined I would end up doing it. So, I did. Wow, that was, like, 12 years ago now.

What are the biggest challenges of farming in the Santa Cruz Mountains?

The one-word answer is, if there is one, is cost. These are really labor-intensive vineyards to farm. Yes, they’re very steep. There are a lot of them you can’t get tractors into.  We try to farm organically. Here in the Santa Cruz Mountains, you’ve got a lot mildew pressure, and a lot of mold pressure. You’ve got issues with shatter in the springtime. To farm at a high level, whether here or Napa or Lodi, is difficult, and here it is even that much more difficult. It’s a marginal environment to farm, even for Pinot Noir and Chardonnay. I talk with other owners all the time who are up in Sonoma and other wine regions. They want to get contract fruit from the Santa Cruz Mountains and they always say, like, oh, my God, I would never own vineyards here. It’s too much of a pain. I would love to buy the fruit, but I wouldn’t farm here. 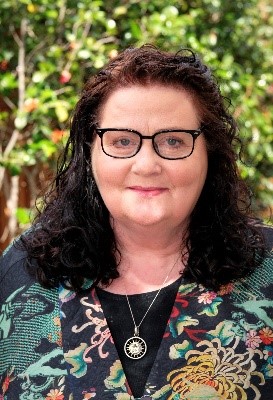