Just because your furnace is not broken doesn’t mean that it is safe.  Older furnaces (10 years and older) definitely should have an annual inspection.

Scroll down for recent links to autum 2012 Carbon Monoxide cases, this is the beginning of the heating season, don’t get caught with an unsafe furnace.

Actually there are several things that can make your furnace or other fuel burning devices in your home unsafe such as flame rollout, gas leaks, a disconnected or blocked flue or a cracked heat exchanger inside the furnace can be responsible for allowing dangerous carbon monoxide gas to enter your home and into the air you breathe.  Older furnaces are especially dangerous and are in need of inspection.  Carbon monoxide is so dangerous because it is odorless and colorless.  The symptoms mimic a stomachache or headache.  It is hard to determine that the symptoms are from CO (Carbon Monoxide) so some people just treat the symptoms.  CO could be deadly. For this reason we are focusing on Carbon Monoxide in this blog. 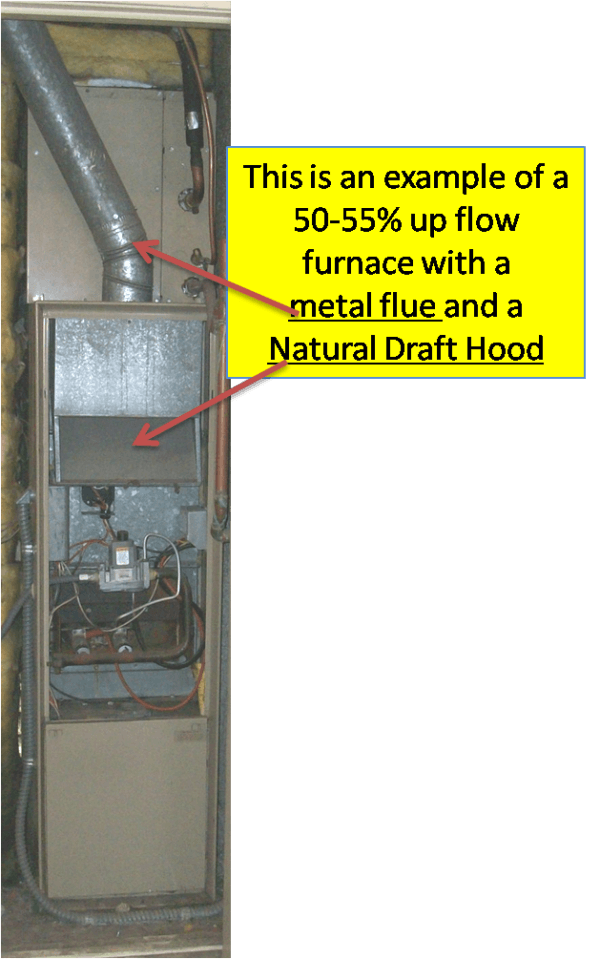 A recent change in California law requires a CO Detector to be installed in residences.  This is a precaution to help avoid CO poisoning, however, the home heating system should be inspected by a professional annually to assure proper and operation.

Cold Craft, Inc. is a 20 year old company in Campbell, CA and is a Diamond Certified Company with NATE certified tempologigists can help you get that needed safety check to avoid a catastrophic incident.  We work on residential as well as commercial properties in heating, air conditioning, repair and installation of HVAC equipment.

No one was injured in the incident Tuesday afternoon on Boyd Road.

LONDONDERRY – A Boyd Road resident called on the aid of the Londonderry Fire Department after fumes from an idling car apparently set off his carbon monoxide detectors.

NDIANA COUNTY, Pa. — The Indiana County Coroner said a White Township man died from carbon monoxide poisoning as a result of smoke inhalation when his mobile home went up in flames Sunday evening.

After the super storm clear up

When the water has receded don’t forget to check appliances

Rob Aiers founder of www.carbonmonoxidekills.com says when will the rest of the UK catch up.

Dr David Penney the worlds foremost toxicologist on the subject of carbon monoxide spend some time in the UK educating the educators.

A post-mortem has revealed that two men found dead in an abandoned mine on the Coromandel peninsular died from carbon monoxide poisoning.

A 7-year-old boy and an 8-year-old girl are dead and their mother, Kathryn Gilliam, was transported to Duke University Hospital early Wednesday morning after apparent carbon monoxide poisoning in their Elkin home, according to Surry County emergency o

Baby may have died of carbon monoxide poisoning R

MOUNT GILEAD, Ohio — A central Ohio couple credits a stray cat they adopted with saving their lives when carbon monoxide filled their home.

SUBURBAN BOCA RATON — Two people were taken to a local hospital this morning after possible exposure to carbon monoxide in a blood mobile parked outside of Olympic Heights Community High School.

A father has pleaded to campers to be aware of the dangers of using disposable BBQs after his son died of carbon monoxide poisoning after cooking burgers in his camper van.

OSAGE — A Labor Day road trip nearly turned tragic for one family Monday night. Eight children were admitted to Mercy Hospital in Berryville and a ninth was airlifted to Springfield after the gasoline generator in their RV leaked carbon monoxide.

15 workers left the Exposition Hall at the State Fairgrounds and 13 went to a hospital, complaining of headaches early this afternoon.

GLENARDEN, Md. (WUSA) — A family’s prompt reaction to call paramedics after being exposed to carbon monoxide (CO) saved their lives.

A family of five was taken to a hospital after being exposed to carbon monoxide in their Prince George’s County home, officials said.

Residents urged to use generators safely for Isaac

MIAMI — Residents are being urged to use generators safely when Isaac passes through the state.

Parcel Insurance Plan partnered with Fireman’s Fund Insurance Co. to donate about $12,000 to the St. Louis Fire Department for equipment to get fast results of a person’s carbon monoxide levels.

As Tennesseans pack up and head out to their favorite campsites, the State Fire Marshal’s Office urges campers to be aware of carbon monoxide dangers in and around tents and RVs.

. This summer, employees at three Portland-area worksites were exposed to high levels while operating gas-powered equipment. Exposure can cause nausea, dizziness, he

The Beloit City Council unanimously approved an ordinance Monday that would allow the city to prosecute violations of laws regarding carbon monoxide detectors in homes in municipal court.

A Garberville man who was last seen in July was found dead of carbon monoxide poisoning, according to information released Tuesday by the Rio Dell Police Department.

Detectors in every Loveland home?

Health Protection Warning to festival campers about carbon monoxide BBQ risk August is the month for music festivals, with Sunflowerfest, Electric Picnic and the Leeds and Reading festivals all taking place, providing the perfect opportunity for campe

Vanessa Robinson: One night I had my two kids, and

EXCLUSIVE: WOULD you have the strength to go on if you lost your two boys to carbon monoxide poisoning?

BRISTOL, Tenn. – Safety is the top concern for everyone camping outside of Bristol Motor Speedway this week. There are a few things firefighters say people can do to keep their home away from home free from danger.

IMPORTANT NOTICE: Industry wide lead times on many parts and some equipment are delayed due to the international supply chain issues. If you know you are needing products sometime soon to fix your heating or wine cellar refrigeration, we would advise you to take action sooner rather than later.